Presented by the Groupe Intervention Vidéo (GIV) in collaboration with Le Labo, the francophone media arts centre in Toronto: 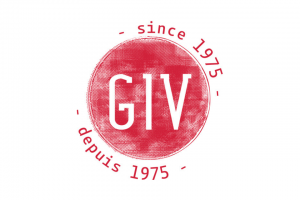 Traces, Recollections and Other Haunted Memories

Traces, Recollections and Other Memories manifests themselves through disparate, poetic and recreated forms. With their work, the video artists of this programme invoke different memories: from bodies and spaces to shared filmic memory of fanatical celebration through the reminiscences haunted by close relations, the absentees and the forgotten ones. 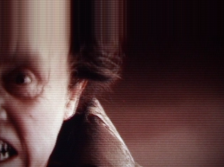 A barrage of images culled from horror and sci-fi films 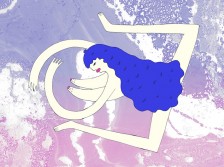 Ultra is a psychedelic film about the dysfunction between furniture and the female body. Through a series of colourful and animated background, an aesthetic and conceptual change operates between the furniture and the body. 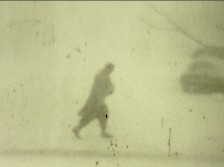 Le Temps perdu engages a found-film footage archive for the creation of a new, poetic work. Drawing on the history of creation with found footage as a method of compiling films from materials that have not been created by the filmmaker; this process is best described by Harun Farocki, “One need not look for new, as yet unseen images, but one must work with existing ones in such a way that they become new”. 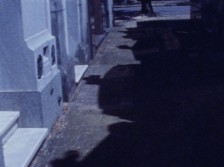 After 28 years, I return for my mother’s ashes 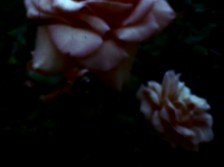 To the Nightingales, Kandis Friesen,

To The Nightingales is a filmic collage, an audio-visual poetics emerging from a rhythmic anterior space. Sifting through found footage from early colour handheld films, the video transports the viewer into another realm, absorbed in darkness and washed in light. The layered sound and textured image become a kind of casual rumination on the materials of the artist, of birth and death, of tending, constructing, and holding – an abstract list of those things one cannot contain. 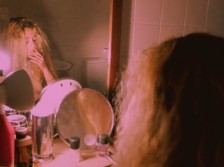 Marie, I See Youis the first short of a series of short portraits around visibility, gender identity, and sexuality. This first episode follows Marie getting ready to go out in São Paulo, Brazil while she talks about her own identity as a queer femme. 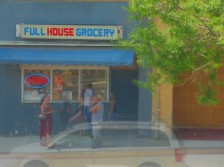 When a state phantomizes a population, another reality. When history distorts the truth. When my (her) story meets another (her) story. When women disappear without a trace. When white and privileged, I attend a rehearsal of stories. When violence is done to women’s bodies equals the violence done by words. The bodies of those we don’t want to see or hear. From my studio window, I look out and my life intersects with theirs. 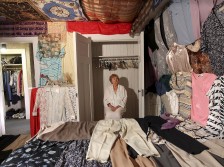 A series of wardrobes empty their content, revealing the past of an old lady. Souvenirs are displayed like a tapestry of reminiscences. 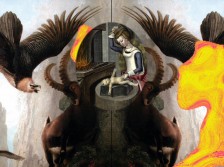 It’s a story that is still largely unknown and has not been shown on television: a bad seed that does not want to put on a dress to go to school or to church; an adventurer struggling with fate and trafficking with the wild; death, in music. There is more: the disappearance of the African building, which would lead to a dislocation of our pleasures. A scene of drama follows, but what does it matter: the youth is there, waiting for the next spring.

Anne Golden is an independent curator and writer. Golden has participated in numerous panels on curatorial practices, independent distribution and, more recently, horror films. Golden is the Artistic Director of Groupe Intervention Vidéo (GIV). She teaches in the Creative Arts Department of John Abbott College.

Carol-Ann Belzil-Normand lives and works in Quebec City. She holds an MFA in which she focused on the ethical and aesthetic stance of the frivolous in her practice. During her MFA studies, she was selected to carry out a residency at La Bande Vidéo with assistance from Fonds Fondation-René-Richard of the École d’art of Université Laval. Moreover, she has received two Première Ovation grants. In addition to these activities, she has taken part in many multidisciplinary events that combine sound, video, and performance.

Guillermina is a Toronto-based artist and holds a BFA from the National University of Fine Arts P. Pueyrredón (Argentina), a Bachelor of Media Arts from the Emily Carr Institute of Art & Design, and an MFA from the OCAD University. As a visual artist, she has worked in a diverse range of media, including video installation and performance. Her work focuses on human rights and women identity and has been shown nationally and internationally at Toronto’s A Space and Xspace Galleries and at the Images Festival; Centro Cultural Recoleta and Museo de Arte Moderno in Buenos Aires and Bogotá; among others.

Born in Brazil, Carol Fernandes is a filmmaker working in projects ranging from short films, music videos, and commercial work. She likes to challenge and explore the concept of memory and its connection with time and space in her work. Fernandes often recreates her own memories and plays with the thin line that separates real memories from interpretations of reality.

Lamathilde’s work investigates identity through sexuality and gender using low-grade video, super 8, manipulated film footage and stop-motion animation. Sound is at the core of her practice. Her work has been shown in many galleries and international festivals, including Pink Screens – Brussels, Festival des films gais et lesbiens – Paris, London Lesbian & Gay Film Festival , Mix Festival – New York, and as well as in Germany, Italy, Holland, Philippines, Canada, Slovenia, Australia, Lebanon. Born in France, Lamathilde lives and works in Montreal. She is part of the sound-performance collective WWKA, has hosted a radio show for 5 years and is an active member of the Montreal visual arts scene.

Élaine Frigon explores the definition of our identity since twenty-five years ago, using video and more recently photography and in situ installations. She studied Architecture and Fine arts, in Montreal and in California. She was, among other things, La Centrale/Powerhouse programming coordinator, in the 90’s. She teaches Fine arts and Media arts since 2001. Her work has been shown in Canada, Europe and in South America.

Transnational alpine animal adapted to the Quebec environment, I’m crafting short videoherstories. Mashing up family relationships, alpine folklore, official history and the latest gossip from my neighbour, my stories are an attempt to confront stereotypes about sexism, racism, (neo)colonialism, homo-trans-phobia. I am a fan of online archives, an enthusiast for tiny hand-drawn pictures and a roller derby lover.